Last year I enjoyed the French Mediterranean coast. So what if I went the same direction this year, but even further – to the Iberian Peninsula? But that is already a serious distance, so how to get there within my holidays? By plane? What if the airport staff destroys my bike already at the start when they throw it off the plane? And won’t there be an unbearable heat for a bike trip? I’m going to find out.

The bike transport luckily happened to be without issues, including my exemplarily quick reassembling of the bike at the destination airport. However, the heat did surprise even the locals. In the middle of Portugal and Spain is the forecast up to very nice summer temperatures of 46°C. Even here in Lisbon, at the sea shore, are temperatures well above 30°C. So I adjust my programme already at the start: I do the sightseeing (there is always some shadow in the city), but drop out a quick bike trip to the most western point of Cabo da Roca. In the following days I often rode the bike just in the mornings, in the afternoon I stayed by the sea, and later I completely left out e.g. a visit of Sevilla (the warmest city in Europe). 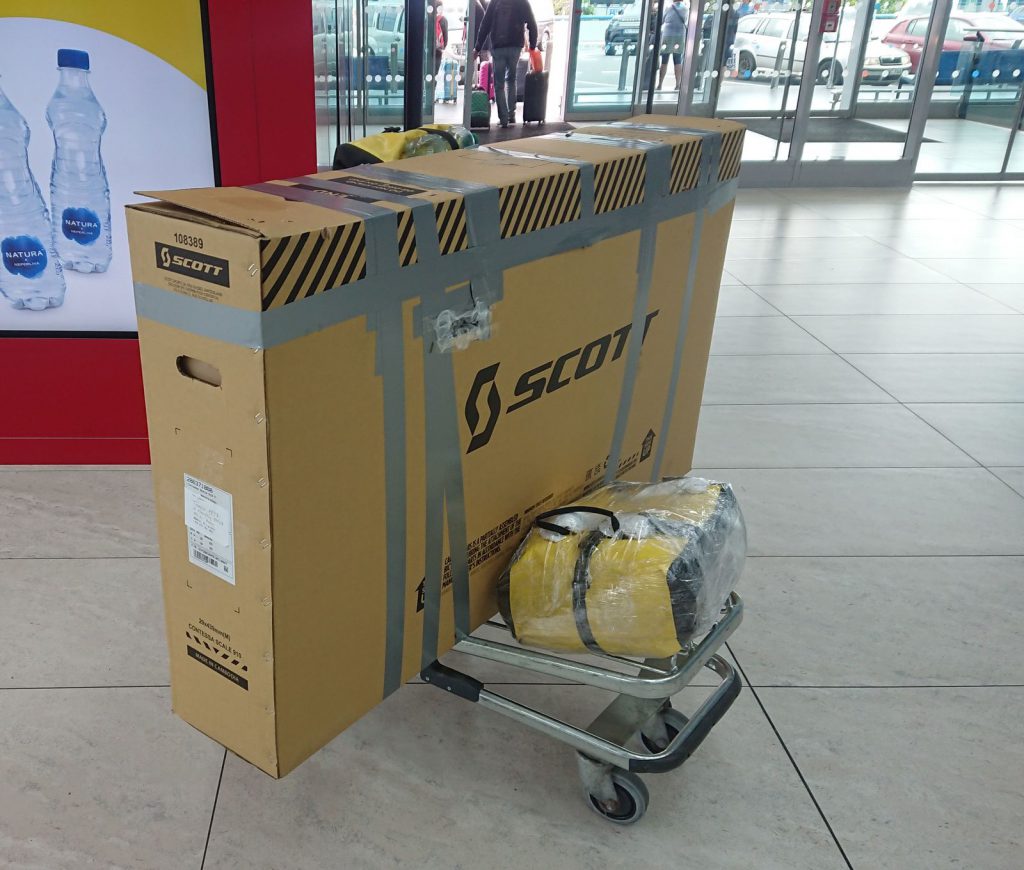 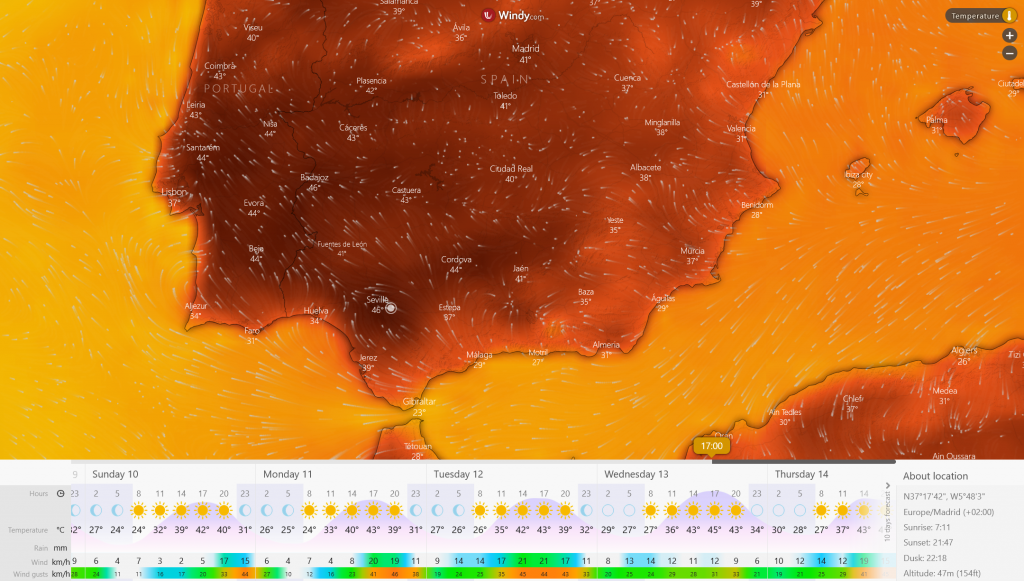 Lisboa, or at least the city centre, could be described as a labyrinth of romantic little streets in 3D (that means with full use of up and down dimensions – including by use of train-elevator hybrid where needed). Sometimes with ageing facades, not much maintained, or dirty – especially in the morning with litter left over by partying tourists, but even then they keep their charm.

Moreover, it is clear that this is not a surprise for locals that it can be warm – streets of the old town are narrow, made of stone, with trees and parks where possible. Together with the breeze from the sea this makes even higher figures on the thermometer bearable. 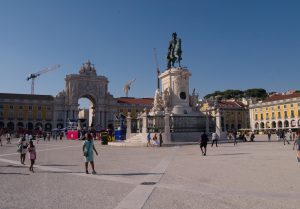 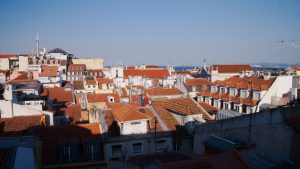 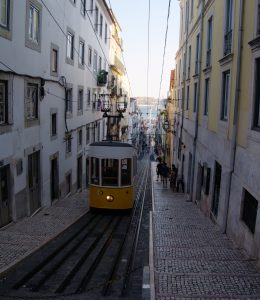 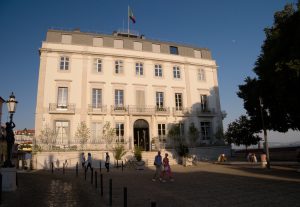 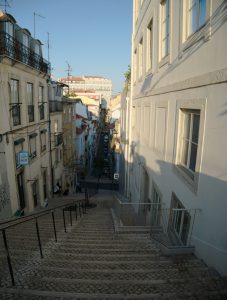 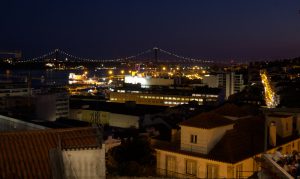 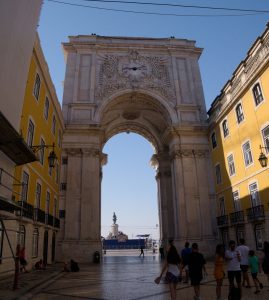 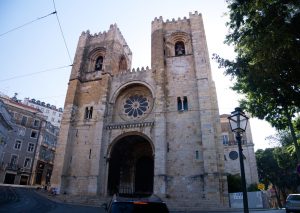 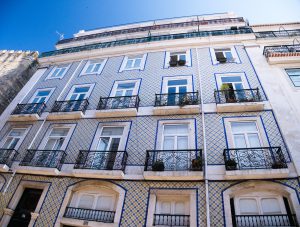 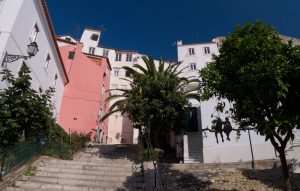 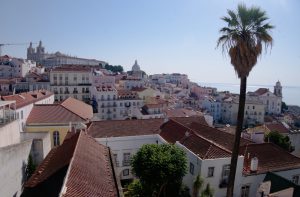 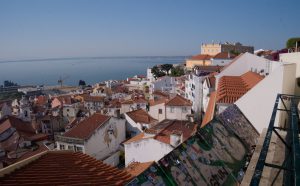 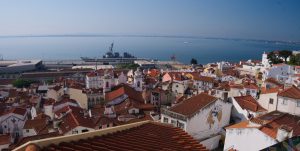 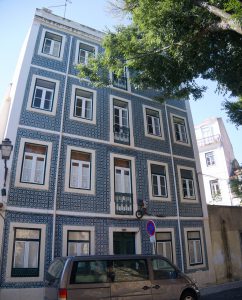 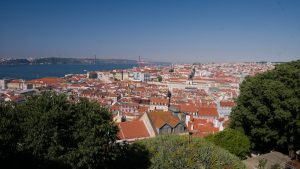 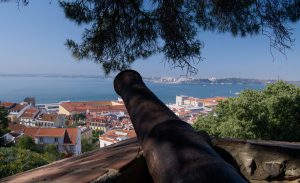 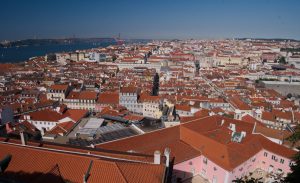 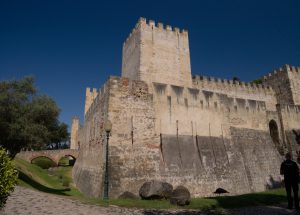 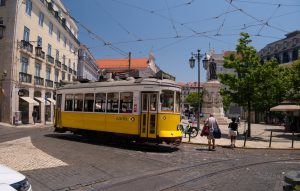 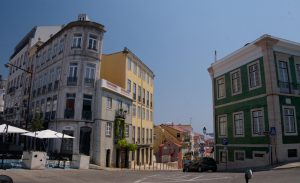 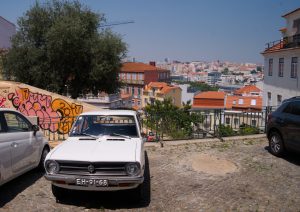 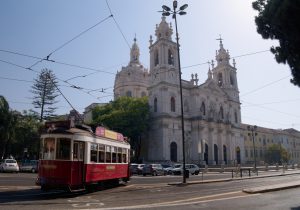 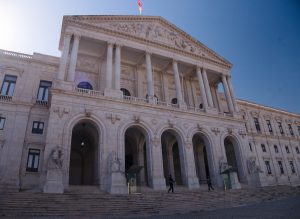 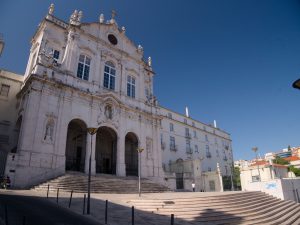 Adeus Lisabon, I continue further south in style, by a ship (or actually a ferry). And then further around the coast: