Last year I enjoyed a holiday in a bike saddle in somewhat remote places. So even if this year I had just two weaks off, I went to Kyrgyzstan, which again promised both remoteness and travelling in saddles. In addition to it I found here a landscape that is worth visiting due to its variability – from the hot valley around Bishkek, around local “see” Issyk-kul, through steppe plateaus with grazing horses and cattle, green mountain valleys all the way to snow-covered tips of local peaks reaching over 7000 m.

The capital city itself does not offer many attractions. 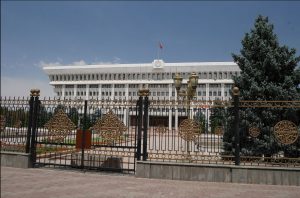 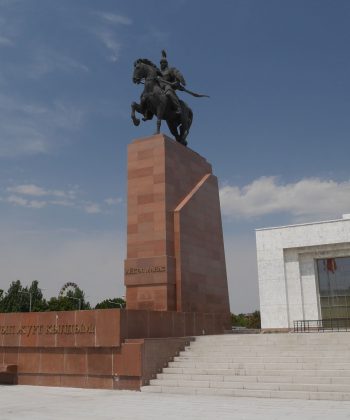 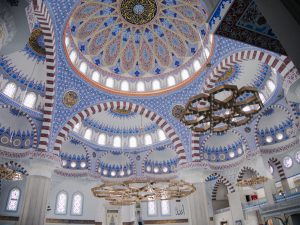 However, just south of it already raise the mountains – here Ala Archa and a route around the stream of Ak Say to the mountain camp of Racek under the Pik Uchitel (Teacher peak). 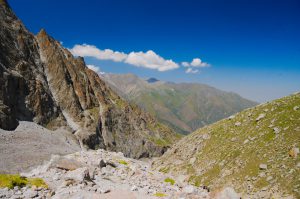 On the east lies a 178 km long, half a kilometer deep, slightly salty lake Issyk-kul.

And beyond the lake again mountains and mountain valleys. In the green Jety Öguz valley, surrounded by mountains, I spent my first night in a yurt. I also for the first time saw the local sport of kokboru, which is played on horses, using a head-less goat in place of a ball.

Straight south of the Karakol town is another mountain valley, from which the way turns up towards the mountain lake Ala-kul in the altitude of 3500 m. 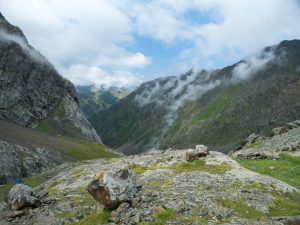 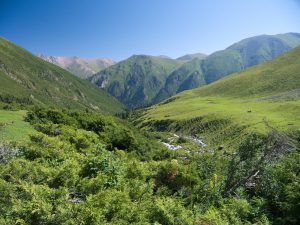 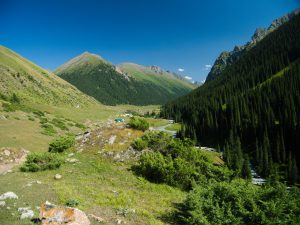 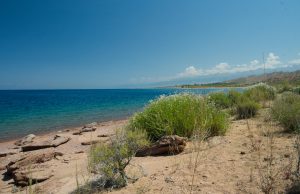 In the end, after return around the Issyk-kul lake to the town of Kochkor came time for the above mentioned saddles – a two-day horseback ride to the lake of Son kul. 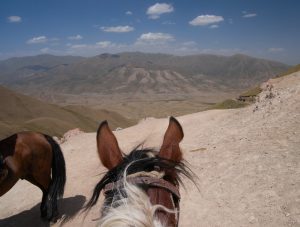 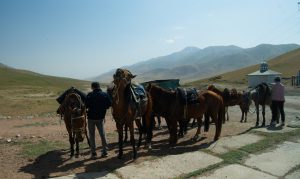 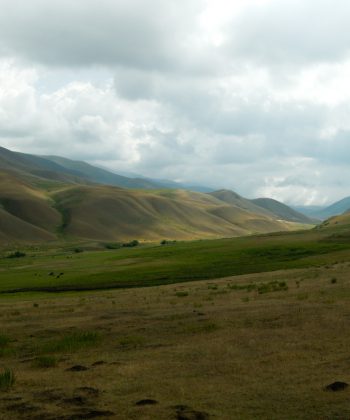 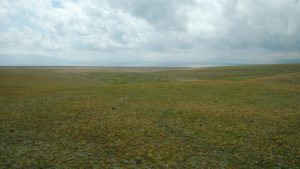