By a ferry I arrived in Helsingor, which, unlike the Swedish side of the strait, boasts a mighty fortress. While going south via Sweden, the Nordic wooden houses gradually disappeared, being replaced with half-timbered and brick walls. And here in Denmark this Hanseatic style really dominates. Right in Helsingor, besides the fortress, there is a beautifully preserved old centre with lots of such medieval houses – there was nothing like that in Scandinavia. While in Denmark there is such a centre with perfectly preserved and actively used historical houses in every town and village.

The next thing noticeable in local towns is the cyclist infrastructure, even better than in Scandinavia. Into the residential neighborhoods leads a way accessible by car from one side only, but pedestrians and cyclists can pass in from any side. In addition the bicycle paths easily, safely and very naturally lead the cyclist through all intersections. As a result the residential areas are pleasantly car-quiet, while everyone here rides on bikes – sportsmen on road bikes, pensioners with shopping bags, as well as parents, who ride with a bathtub full of four children in between their front wheel and handlebars. 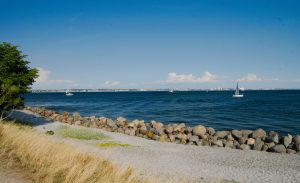 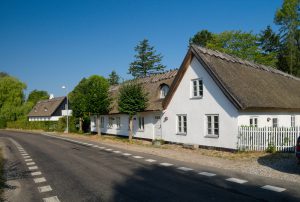 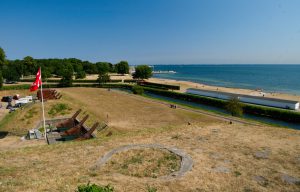 I took one such bike-friendly road, perfectly flat, straight around the coast, all the way to Copenhagen. The sea with a view all the way to Sweden on one side, the nice houses and villas on the other, the summer sun shining on both – in a good weather one really envies such a place to the Danes. Due to the weather, below Copenhagen I always parked in the afternoon at the seaside, to devote myself to the proper holiday activity – lying on the beach and soaking in salty water. The sea was warm, with a sandy bottom, the only catch here in the strait is that in most places one has to spend some time walking into the sea before the soaking. 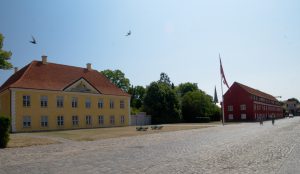 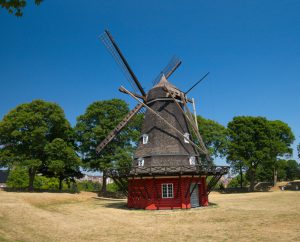 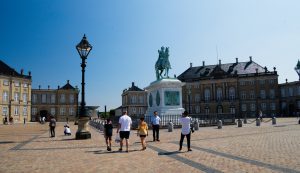 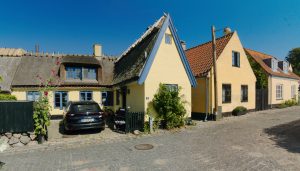 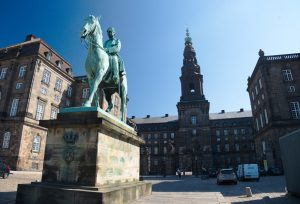 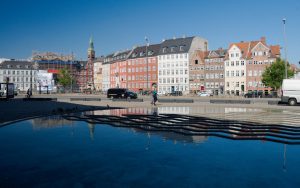 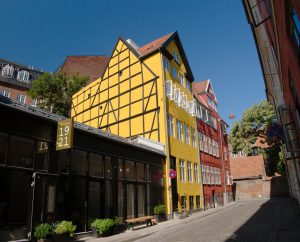 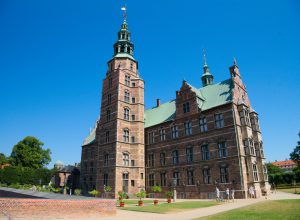 South from Copenhagen I continued in the same style: along the coast, proceeding just slowly with bathing breaks. The sandy beaches alternate here with white chalk cliffs, the coastal roads connect just small settlements with white, yellow and red half-timbered thatch-roofed hedge-fenced houses. On the southernmost island large part of the coastal road leads under a pleasant forest shadow, where the forest ends just at the sandy beach. This way I reached the southernmost tip of Denmark, Gedser Odde, separating the Fehmarn sound from the Baltic sea. From here one can already see the German wind power stations and from here I also took a ferry to Rostock. 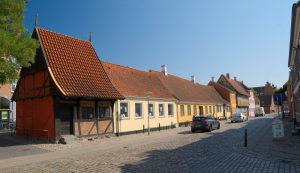 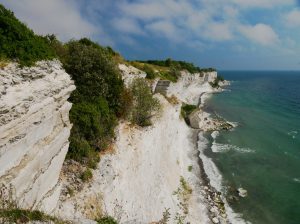 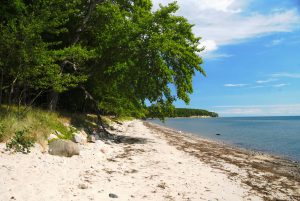 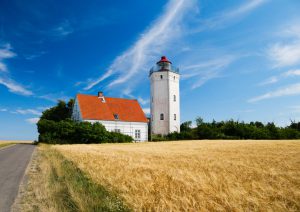