From the Norwegian border fortress Fredriksten I followed the strip of long Bullaresjön lakes all the way to another fortress, Bohus, which was captured by Swedes and thereafter it was use to watch the border from the Swedish side. By the way, regarding lakes, since Belarus I could practically any time stop by a lake or at least a river and have a bath in perfectly clean water. Sweden is the last place where this is possible, in Denmark are already just green ponds with water very far from clean, just like home. 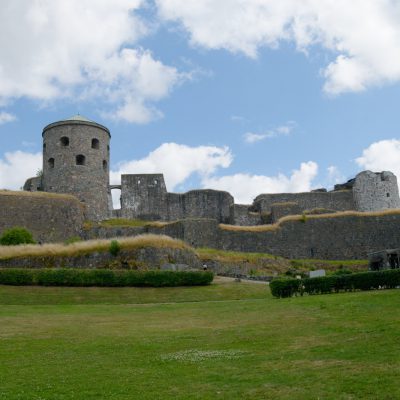 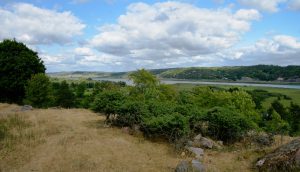 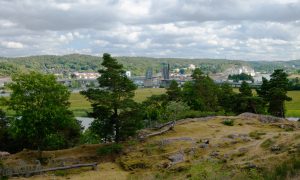 And then to Göteborg, where I, among other things, joined other visitors – mostly children – to crawl through the ships in local open-air maritime museum. 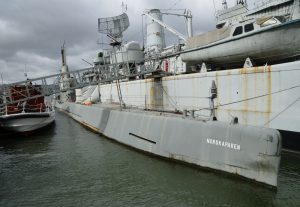 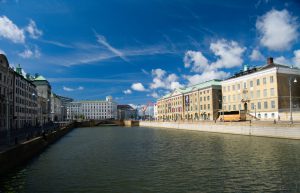 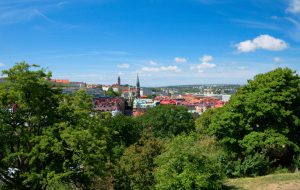 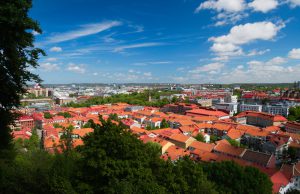 While getting further south away from Norway, some pleasant things like fresh bakery products start to appear, prices are slowly decreasing (albeit much slower than my credit card would prefer), while the temperatures during my stay were quickly rising. In the end I went around the coast in truly summer weather. I went down to Helsingborg, from which it is already possible to see Danish Helsingor on the opposite side of the strait. To get rid of competition to their own fort, Danes destroyed all fortifications on the Swedish side. However, one tower remained – and that is enough to provide a beautiful view across the strait.

I crossed the busy strait by a ferry again. This time they did not take me for free, on the contrary, on their first try they charged me a return journey. Practical tip: in case someone would need to cater to some of his addictions during the sail, proper planning is needed, as the sail does not take much more than ten minutes, but out of that you can smoke only in Swedish waters and drink only in Danish waters… 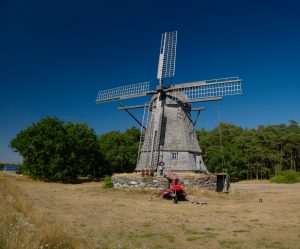 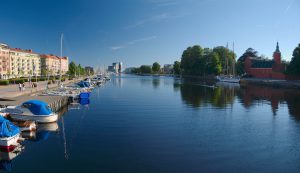 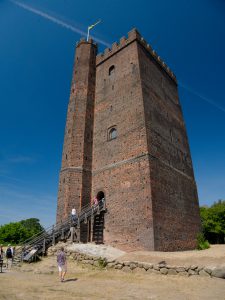 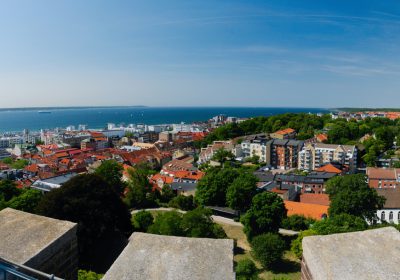