From Finland to Norway

I did not expect a significant difference between northern Finland and Norway, yet the border crossing is noticeable. In Finland, there are already just a few remote houses and reindeer farms for every 100×100 km, otherwise all that is here is just for the tourists – a perfect straight road and a couple of stops around it. In Norway is the road more casual, the reindeers here are just the wild ones and instead locals breed sheeps, horses and use tractors. 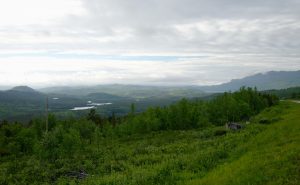 Then the landscape changes again at the coast, which I reached in Lakselva. The last trees disappeared, leaving just the green rocks above the fjord, the dark blue lakes, the patches of snow, the green-blue sea below. 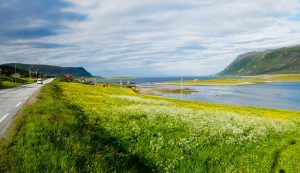 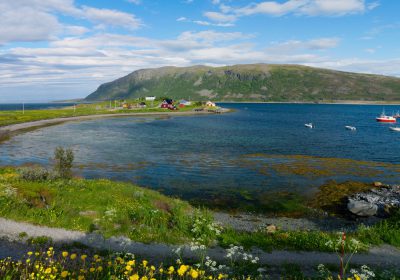 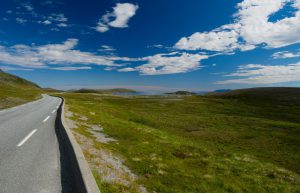 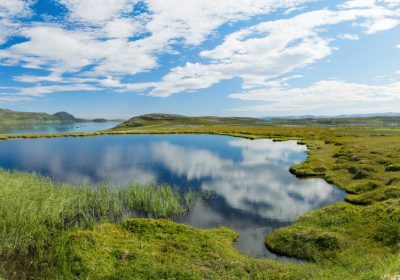 Nordkapp is the northernmost place in Europe that can be reached by a dry wheel, 71°10’21” north. This is the farthest stop. It lies on an elevated plateau, on the rugged, inhospitable island of Magerøya, connected to the mainland by a 7 km long tunnel, sloping 212 meters below the sea. Nordkapp is also the boundary between the Norwegian Sea in the Atlantic and the Barents Sea in the Arctic Ocean – so after the Black Sea and the Baltics two more seas on my way.

This is a place where it is definitely true that the journey is more than the destination. People coming here by car can see just one flat place high above the flat surface of the sea, and a souvenir shop, and actually there is a great probability of bad weather when they see nothing. But all the locations while going here via the Porsangen fjord are what makes it worthwhile to travel here.

Just one thing they could improve here is the weather. It is changing in a matter of seconds. It may be beautiful the whole day, I am having a snack, just two last bites remaining, but suddenly the weather worsens, strong icy wind appears from nowhere and even if I wanted to, I was not able to even finish the last two bites. Since Carpathians it is also the first place where I see snow again. That is why I hope the kind reader will especially appreciate the photos where he can see anything at all. When I woke up into a beautiful morning, I rushed hard to ride over 100 km of fjords before lunch, to see and capture Nordkapp in a nice weather. It was worth the effort – it turned out I had just fifteen minutes margin. And then the weather abruptly turned into Nordic cold, windy, drizzled and foggy and stayed such for a week (while I was already safely away…). 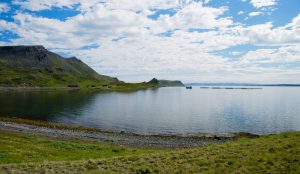 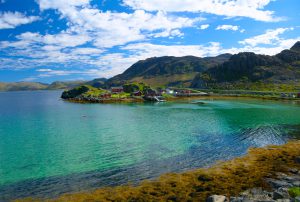 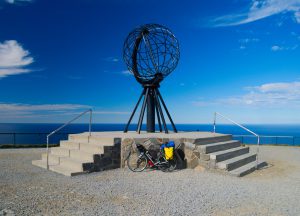 To the north I came on a proletarian bicycle, so to the south as a lord on a proper ship. From Honningsvag to Harstad I crossed the most northerly, most cold and most rainy coast together with lots of German pensioners and in full comfort, including extensive exploitation of the ship’s buffet tables.

The on-board programme also included a naval rescue drill. I was just surprised that the whole event lasted for nearly an hour – if they rescued me this long in the cold wind and the salty splinters swirled by the helicopter, I would have long died on that rope of theirs. 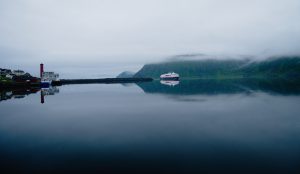 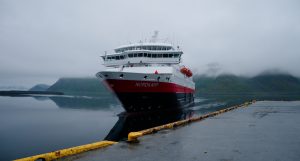 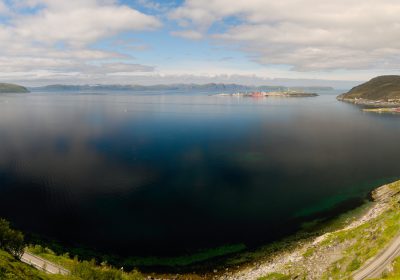 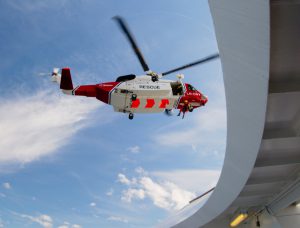 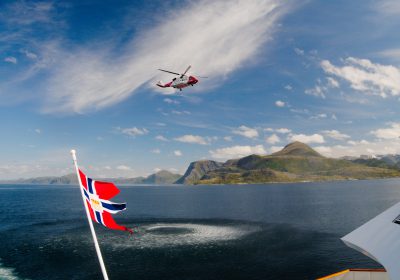