The atmosphere of the Petersburg streets, with its classicist houses and palaces surrounding the river and its many smaller channels, works best when the evening sun colours the facades into orange-pink and glitters on the channels surface.So it is very handy that the summer sunset lasts here for hours beyond midnight. What on the other hand spoils the atmosphere is the fact that even the very historical centre was changed into land of cars. So on a stroll around the streets you need to watch the traffic rather than the architecture and every 50 meters you need to stop for at least a minute on pedestrian traffic light. 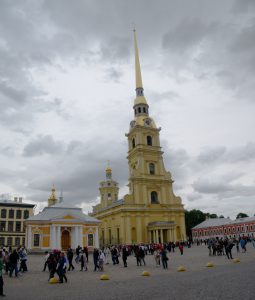 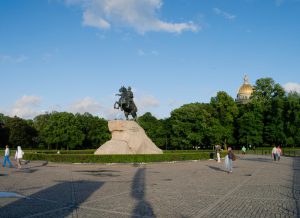 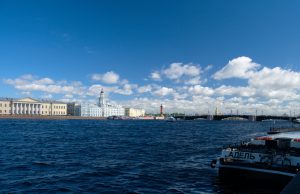 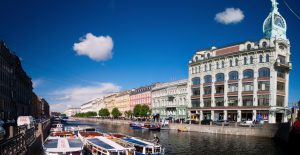 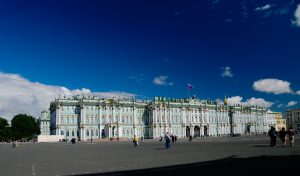 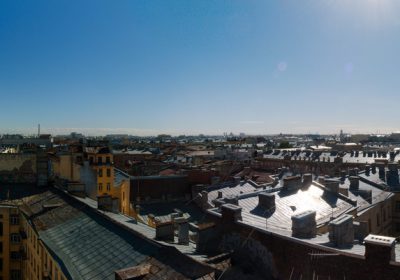 Same as Louvre is a must in Paris, here it is off course Hermitage. In square metres only sligtly smaller than Louvre, in the number of paintings reportedly the largest in the world. 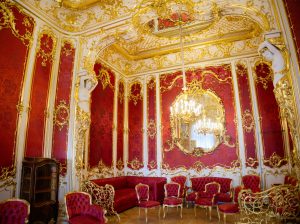 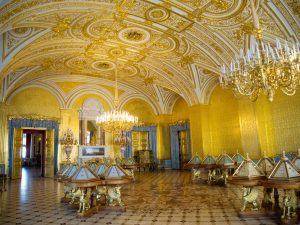 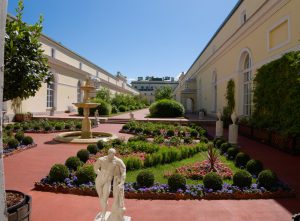 From St. Petersburg I departed east to see the lake Ladoga. There, on an island on a strategic location where Neva river leaves lake, there stands a fortress and Tsarist prison Schlisselburg. If only the Russians invested some effort, this place would have to be a tourist hot-spot. Just one hour drive from a five-million metropolis it has just about everything: a tough fortress, a strong story how a small island was the one last thing preventing the Germans from closing the siege of St. Petersburg during the war, a scary prison (especially during the depressing winters it had to be really tough here), a boat trip to and from the island, the largest lake in Europe… But the Russians do not show that much effort, so instead is here a serene atmosphere with the feeling that here is the end of the world.

For a while I thought Lake Ladoga is the easternmost point of the trip, but the map says that was actually in Cherkassy. 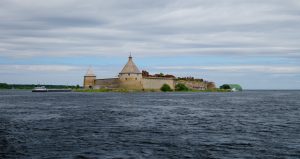 At the lake I turned back towards the coast of St. Petersburg and followed the coast north to Vyborg. In Vyborg you can only here and there spot that probably this grey place used to be a lively town when it was a Finnish Viipuri. Along the way the open sea has slowly disappeared behind a barrier of islands, peninsulas and islets – and I will see it again only in Helsinki. 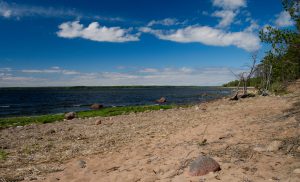 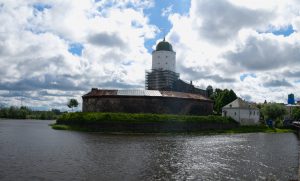 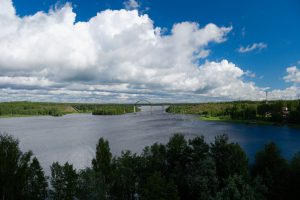