I Expected Estonia to differ from Latvia only by the name and language – but the difference is surprisingly more evident. The first spotted difference are the roads – the lesser roads in Latvia are just soft sand, in Estonia new tarmac everywhere, plus often new cycling lanes. And the overall atmosphere appears already Scandinavian – most of the houses repaired, majority of them having Scandinavian style wooden planks walls, all around is clean, all gardens carefully trimmed. The nights are already light. Roads are quiet, through the nature, weather is reportedly above local average for June, hills are short – everything ideal for leasure cycling.

First I climbed the highest mountain of Baltics, Suur Munamägi (also here was the impression Scandinavian: compared to Belarus is this small hill pretty equipped, with a pretty new watch tower, complete with an elevator – but it is also pretty well charged). Then via the second largest Estonian city, Tartu, towards the Peipsi or Chudskoe lake, the fourth largest in Europe. The lake is 50 km wide (you cannot see Russia on the other side) and, with the connected Pskov lake, around 150 km long. Towards its nothern side start sandy beaches hidden behined pine forests, the waves sound like a real sea, the bottom is also pleasantly sandy, the water again so clean that you can watch fishes from a distance. Only if you want a proper swim, you first need to march at least 100 m through shallow water. 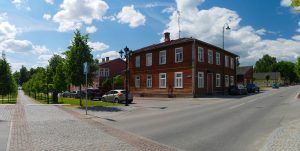 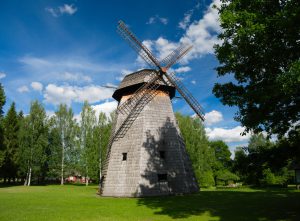 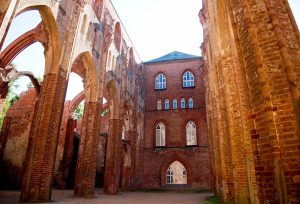 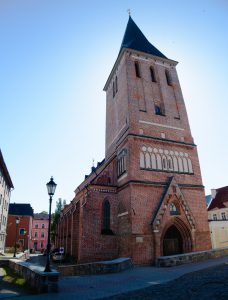 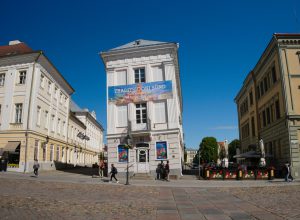 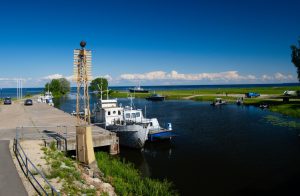 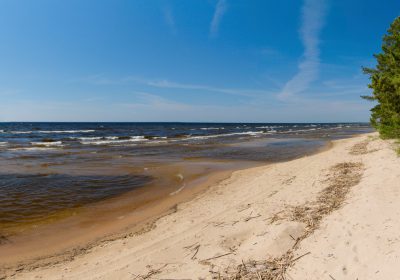 And then for comparison a proper sea, the Baltic, close to Narva. Besides the sea there are also chimneys on the horizon – oil shale is harvested here and burned to produce 80% of Estonian electricity. 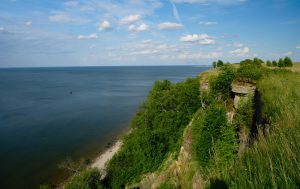 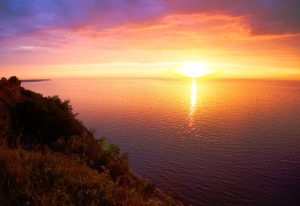 In Narva there is an impressive fortress towering over the river. It was built by the Danes and later the Livonian teutonic knights and thereafter Russians built their own impressive fortress just on the opposite bank, to limit the Crusader invasions. So until nowadays the bridge between the two fortresses is the border crossing. 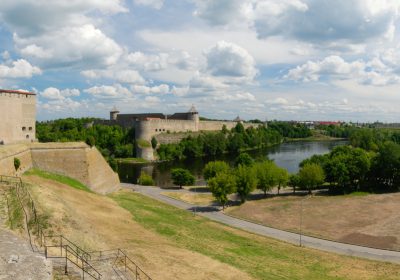