Initially, Moldova does not differ much from Romania – either in the language or the landscape. Towards Chisinau however start to appear vineyards, fruit orchards and more Russian. A pleasant detail providing refreshment to cyclists is that each village maintains traditional manual wells – and obviously many people still have to use them every day.

I stopped in the local tourist area, in the valley of the villages of Trebujeni and Butuceni. The valley is a green gorge at the bottom of a clay cut to the surrounding plains. Local visitors are coming to admire excavations and remains from the eras stretching from Dacian, Mongolian to Moldavian monasteries. As a passer-by, my attention was rather caught by the fact that this was probably the only place where I saw village houses nicely repaired, for the tourists.

The direct route led me through Transnistria, the last surviving piece of the Soviet Union, complete with its own army, currency, etc., surviving thanks to the Russian bases, with economy probably including smuggling of anything anywhere. But formally this state does not exist and is recognized only by Abkhazia, South Ossetia and possibly now by the Donetsk Republic. Reportedly the border can be easily crossed even by tourists, regular buses go over every day, but being alone I decided to leave this stop for some other time. 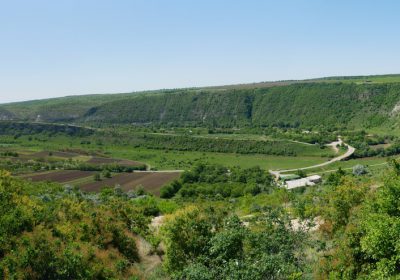 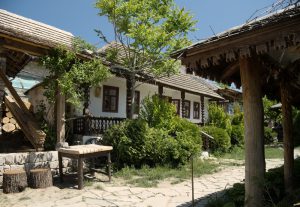 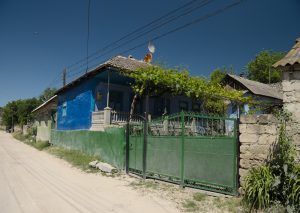 Upon arrival Chisinau makes an impression of an ugly city blocked from all sides by unpleasant motorways. But inside the city it is surprisingly pleasant – thanks to each street being a green alley. Obviously, greenery can cover deficiencies in architecture and surplus of cars.

Towards the south, the landscape changes first into pastures – this time it is goats and sheep. Then towards the Ukrainian border stretches nearly uninhabited fertile plain, which surprisingly looked like the richest area in all of Moldova and Romania – perfect new roads, repaired bus stops, Western style petrol stations, new tractors.

Even Moldovan customs officers on departure were very professional. So I got the eastern feeling only at the Ukrainian border, where I had to wait in front of the gate until the top Ukrainian customs officer wearing shorts, looking like the top mafia boss, exchanged all the smuggled contraband with his truck drivers. 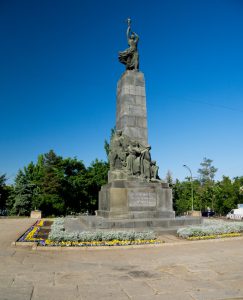 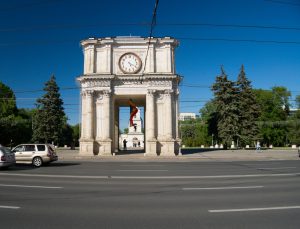 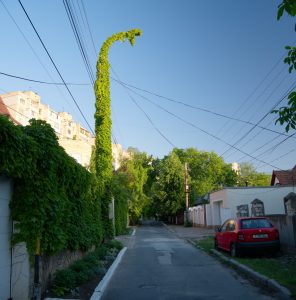 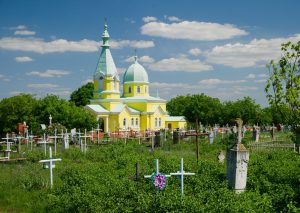 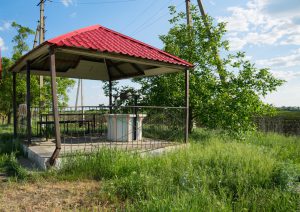