From Ubľa I slipped across the border to Sub-Carpathian Ukraine. And those few kilometres really make a difference: 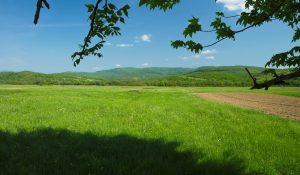 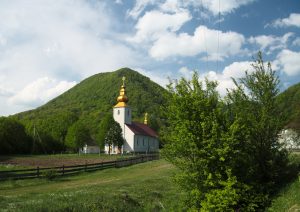 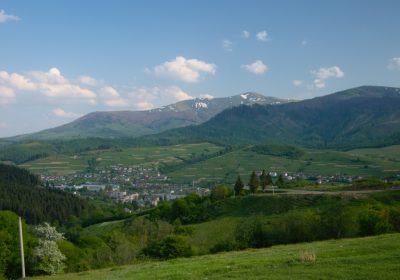 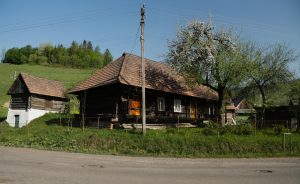 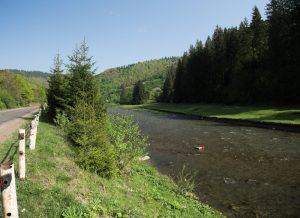 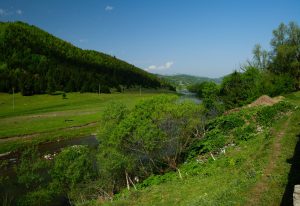 A little further east, the hills are rising and the poor agricultural landscape changes into the pastoral-touristy landscape around Sinevir. In this area is also Koločava, home to a romantic brigand from a Czech novel. But this town is just a trap for Czech tourists, one of the uglier ones here and local tourists head to Sinevir and its surroundings instead.

Natural Science Intermezzo: I found several smooth newts in a puddle. A little farther away also a salamander, but that one did not wait for the camera.

Like Sinevir, also Rakhiv has its natural reserve and makes a “richer”, more touristy (and more expensive) impression than the Slovak border region. 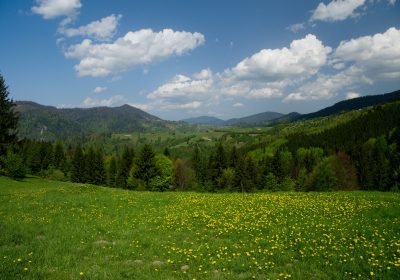 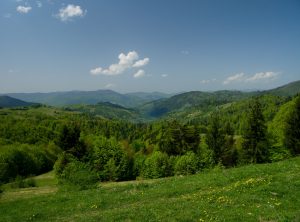 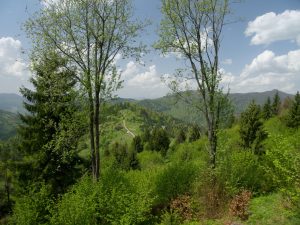 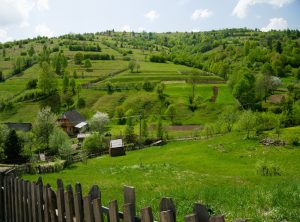 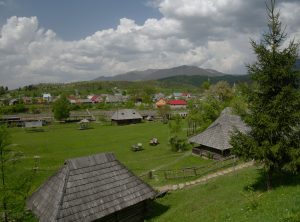 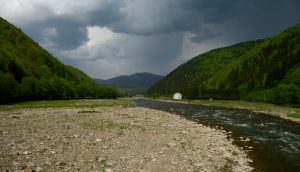 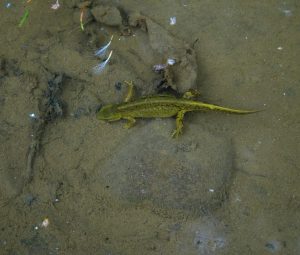 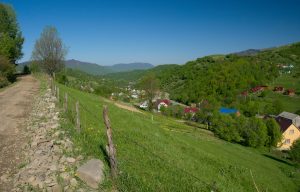 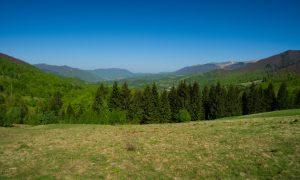 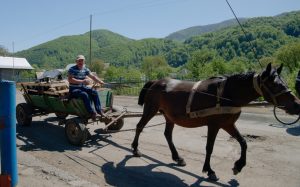 Between the world wars the most western town of Czechoslovakia was Aš and the most eastern one was Jasinya. So now it remains for me to visit Aš now.

From Jasinya I crossed the Jablunitsya pass to get to the nothern side of the biospheric reserve around Hoverla, the highest mountain of Ukraine, and I could not miss the view from this former Czechoslovak frontier mountain. First I thought that with my choice between cycling shoes and light slippers I did not have the top-notch mountaineering gear. But then I kept meeting locals, including children, wearing converse-like textile shoes without socks and a light track suit, climbing across a snow field, with cold wind and rain quickly coming towards them from behind the peak. Thus I realised that with my closed shoes and waterproof wear I am not the most brave one here today…

From the peak you can nicely observe how this place is amids the Carpathian ridges, with more and more ridges stretching one after another to the horizon on all sides, all the way to Slovakia (even if honestly I did not recognise any Slovak hill) and to Romania (some of Romanian hills are recognisable on the photos). 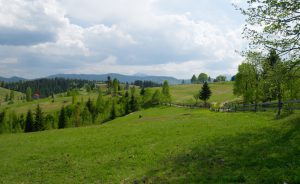 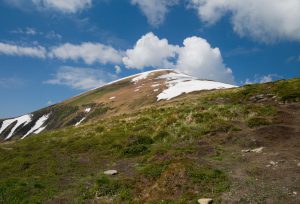 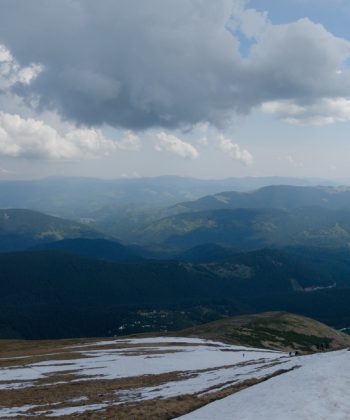 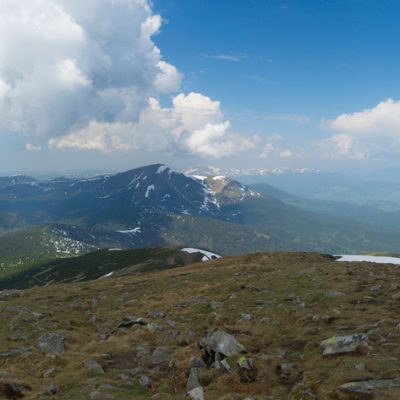 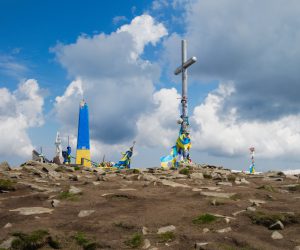 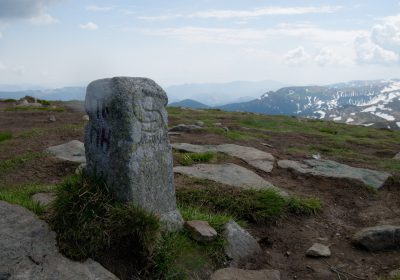 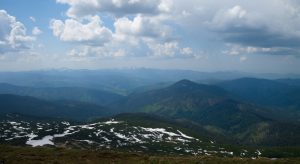 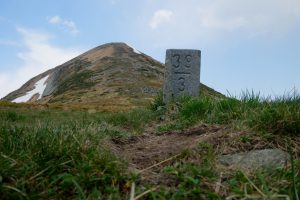 I continued into a lonely area behind Putyla, cut from the rest of Ukraine by the Carpathian ridges and from the rest of the world by the Romanian border. In the morning all I had to do was to ride down from the hills to the border and cross it. 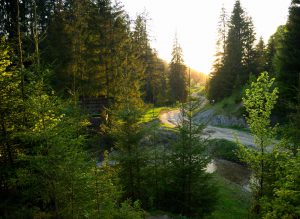 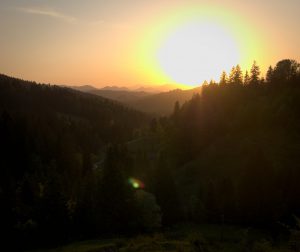 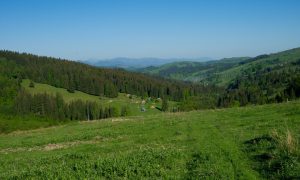 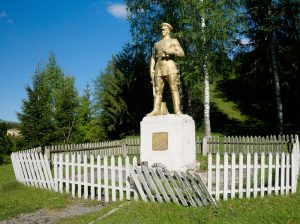 But the border guard, for whom I was the only excitement during the day on a lonely post, calmly explained to me, that even if the Ruska-Ulma crossing is somewhere on the internet described as open, in reality it is now closed. He has no clue why. And the next nearest crossing is also closed. The crossing that is open is nearly two days away. Actually not that far by a straight line, but you have to come back over two ridges by miserable dirt roads to get back into civilisation, there you move ahead in the desired direction and then travel all the way back to the border again.

Good that I could reply I got time… 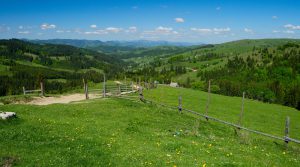 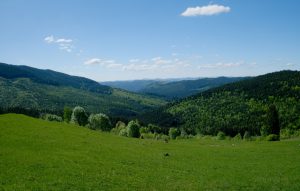 Finally I cross the border into Romanian Siret. Quite a bit off the intended route and I do not want to come back, so reportedly a nice area around Gura Humorului remains to be visited possibly some other time.

So how they write here at town exits: Щасливої дороги.