In San Mauro a Mare I left the sea behind and soon I came across the first hill after a long time – and on the top of it the castle in Santarcangelo di Romagna. This was supposed to become a pattern. Behind the first hill followed the landscape I fell in love with. Beautiful landscape, on every hill a village or a town looking like it was just made ready for a medieval movie, narrow little streets, stone houses, marble, fortification around.

Just one catch: all the picturesque towns and villages are always on the hill. Most of the hills are up to 600 m, so that feels like home, but while at home the roads tend to go through the valley, here always straight up the hill – to the village. And especially on the minor side roads they love here traffic signs like 20%, 24% climb ahead – not a good sign if you ride a fully packed bike.

I went towards the most interesting peak on the horizon: to San Marino. But first an apetiser: a stop in Verucchio (smaller stone town on a smaller rock). 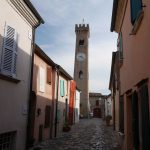 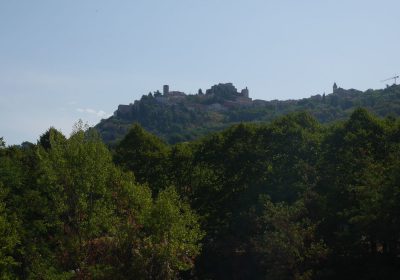 And then the San Marino itself, with a stone-build medieval center rising 600 meters above the ground. And those panoramas… 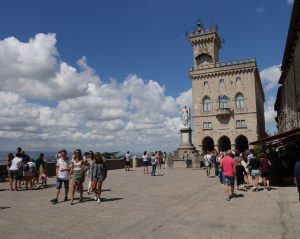 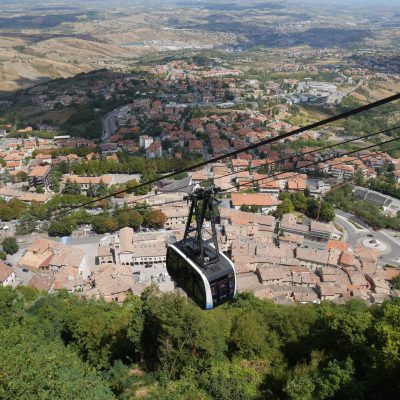 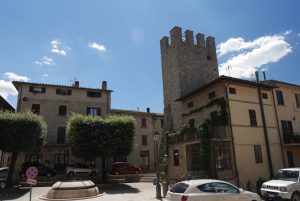 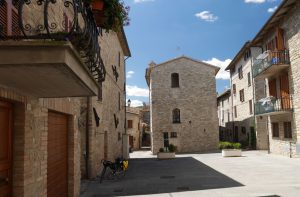 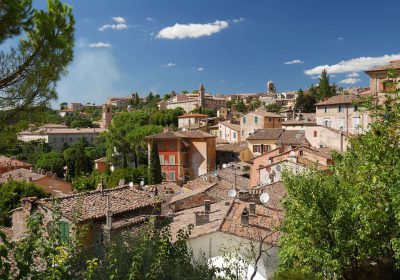 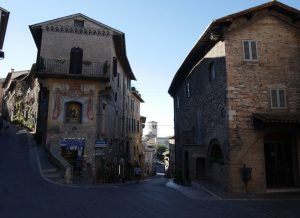 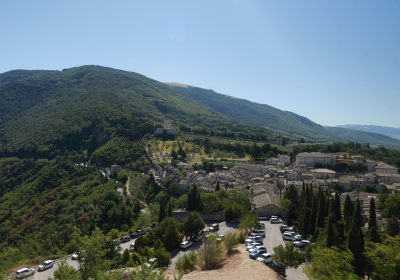 Or, just one olive grove further, the smaller version of Assisi, with fewer tourists and friars: the small town of Spello, where you would like to stop and just watch in every of its streets. 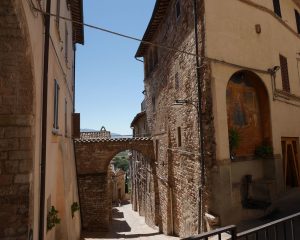