Salzburg, Salzburg, never been there yet. And to fix that, and also because it is easy to get there by train from Prague, I chose Salzburg as the starting point of the trip to Italy.

The evening I arrived I have sight-seen the city in the light of the street lamps and dined a genuine Salzburger Schnitzel, served in a genuine Salzburger pub by a genuine all Slovak staff. Don’t believe if they say Czech or Slovak is not a major world language, you can easily use it abroad (and sometimes you are understood).

During the night the sky covered with clouds and the next day I did not avoid some rain. First I thought that a few drops cannot stop me – only later I realised I will have to perform an amphibious cyclo-trial through places where there was supposed to be a road, but in reality there was a stream strong enough to drawn a truck. 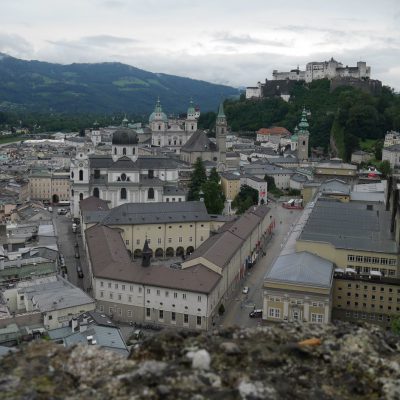 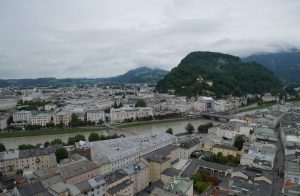 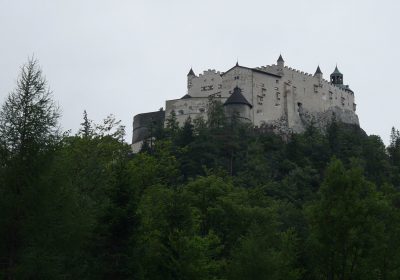 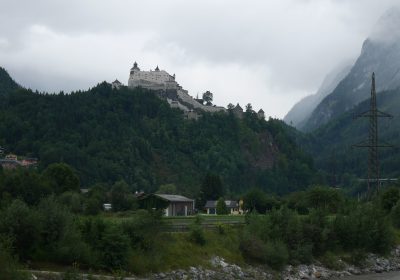 The next day came the first challenge of rising from Untertauern to Obertauern (even the names suggest something about altitude). However, just behind Untertauern I was stopped by a determined elderly volunteer fireman, who blocked the road by his car and allowed only the locals to pass. But the catch is, that the only alternative route across the mountain range for strangers within 100 km is a highway tunnel – definitely not accessible for cyclists. First he persuaded me to wait till the noon. But when I asked before the noon about the situation, he started to say that maybe tomorrow… So I passed over his warnings – good choice, as I found out the road uphill was in the mean time already cleaned.

Nearly up to Obertauern (a pass in 1709 m) I enjoyed the views all around. Unfortunatelly at the very top there is less to enjoy – a high-capacity skiing resort, large kitch hotels, large parking lots, commerce left no space for nature or genuine local architecture. So I at least had a lunch and continued downwards on the other side – again with all the joy from the views plus more joy thanks to a downwards slope. 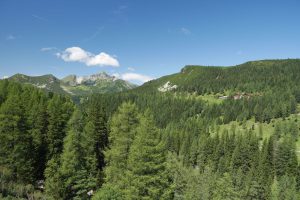 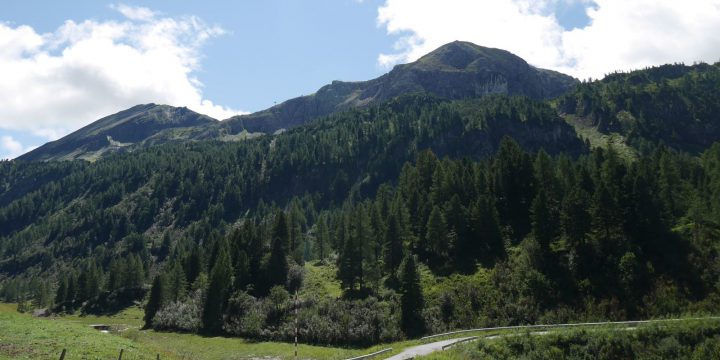 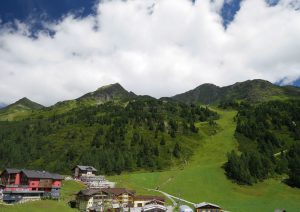 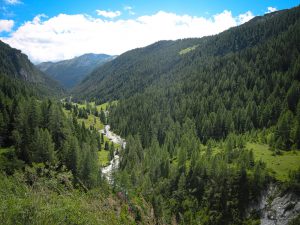 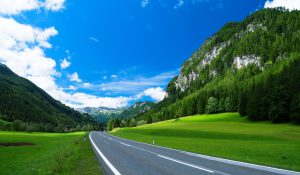 A good lunch was indeed necessary. The next climb was awaiting at Katschberg (pass at 1650 m), on the other side with a pleasant ride down to the Drava walley. 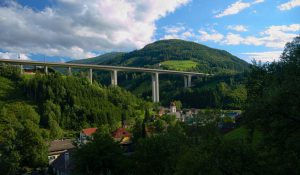 By the way, it was here where I noticed that if I say at home “I am going to cycle through Alps”, it sounds nearly like a journey to the south pole. But here in Alps is multi-day bike-touring a very popular activity for seniors and families with children.