Excluding business visits, I’ve never been to Brno, the second largest Czech city. Is it boring there? I set to find out – and on that occasion to look around Morava.

From Prague, the first day I rode via UNESCO-registered Kutná Hora and around the Seč dam in Vysočina highlands and ended up nearby a small village called Kadov. This means I just missed the peak of Vysočina named Devět skal (I learned from the map the next day). The next day I visited the majestic Gothic Pernštejn and around the Brno dam, “Prýgl” as the locals say, headed to Brno: its centre is definitely worth seeing, but the centre’s size allows it to be seen during an afternoon, complete with the Špilberk castle.
Another nice way to view the centre is from a dinner table during a summer evening.

From there through the Napoleonic battlefield near Austerlitz, Uherské Hradiště and through the villages with traditional timber houses in the White Carpathians to the Radhošť peak. There is a paved access from one side only, but I was determined never to return the same way. So I took the lumberjack gravel road as close as possible to the top, then took a shortcut through dense forest to get on the hiking trail – with a fully loaded bike this got too close to a true sport exercise for my taste. It got much easier as I reached the old Slavonic god Radegast, from where a long, downhill paved road followed. 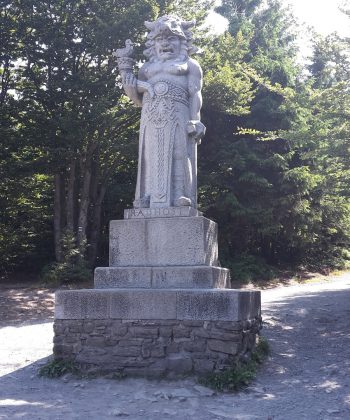 Through Štramberk to Opava city, from here I took the road to Krnov through the pre-WW2 chain of defense bunkers, around the chocolate factory and then I switched to the Polish bank of the river Opava. Most of Prague-dwellers would argue that a trip to Brno already counts as a trip abroad, but around Brno you cannot take a photo at the border post. 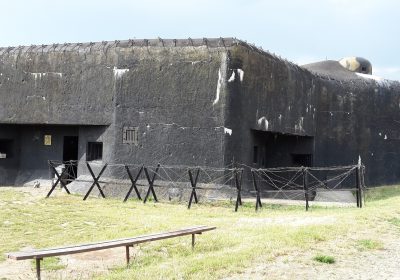 The top of the trip (measured by altitude) was Praděd. This mountain is, if you count in the television and the lookout tower at the top, the highest spot in the Czech Republic. Verified: the peak of Sněžka (officially the highest mountain) was visible in the distance thanks to weather. From the top I looked around and took a sraight direction: through Velké Losiny (besides the castle and former witch-hunts known for a medieval paper mill still producing hand-made paper) and Pardubice (with a visit of the castle) to Prague.