Arrival to the sea

At the southeastern tip of the Moldavian border the Dniester spreads into a wide lagoon that cuts the southern tip of Ukraine around Izmail from the rest of the country. This lagoon is separated from the sea proper by a narrow scythe, which is the only inland link to the rest of Ukraine. On my southwestern side are the high banks of the lagoon dented by all kinds of notches and trenches, forming a kind of earthy fjords. It is a quiet countryside here and, based on what can be seen and heard here, the area either is or should be some kind of bird reservation.

In Bilhorod-Dnistrovskyi Moldovans built and the Turks extended an extensive fortress towering over the lagoon and guarding the access across the Dnieper to the whole area.

In Zatoka, I reached the true sea, the fourth on this bike. This is where I finally managed to became the average holiday going tourist on this trip: first in the Carpathians I had the snow in the mountains, now I have the summer sea. The coastline along the length of the scythe is covered by beach resorts, but it was very obvious that the school summer holidays start only at the end of the month – now it was just me and the workers finishing preparations for the season.

The sand scythe connecting Ukraine is in its narrowest spot just about 60 metres wide. And in the place where the Dniester flows into the sea the connection is even narrower, consisting of a single bridge. The bridge can be lifted in its middle section, complete with a railroad and two paved roads. But when I wanted to take a picture of the bridge, a soldier with a rifle ran out of his booth and advised me that taking pictures of such strategic objects is strictly prohibited. But if you still wanted to see pictures of such a secret bridge with all details, you just need to google “Міст через Лиман в Затоке”. 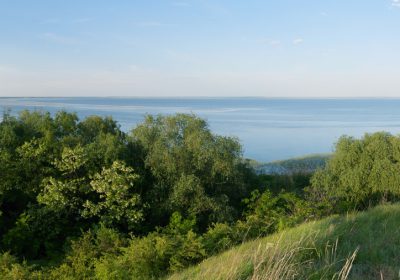 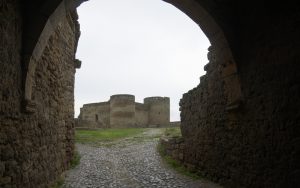 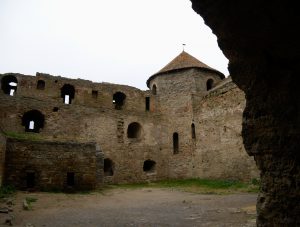 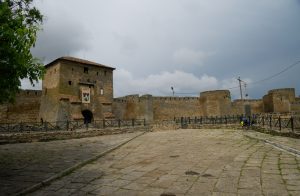 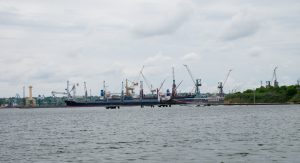 Compared to the industrial harbour areas all around, such as Chornomorsk, Odessa has a noble feel: the classicist boulevards, the whole city lined by a quiet park (the way through its center is even named Healthy), the park separates the city from the sandy beaches. Compared to Zatoka, here the life goes on even outside the high season, the boulevards are lined with restaurants and shops at a level I encountered first time in Ukraine (and the same is true for prices…). And then off course there is the sea and the beaches, which we Czechs envy to the seaside resort cities… 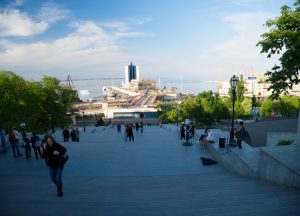 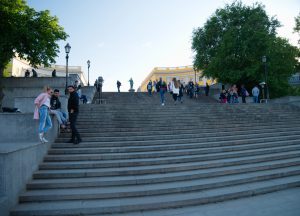 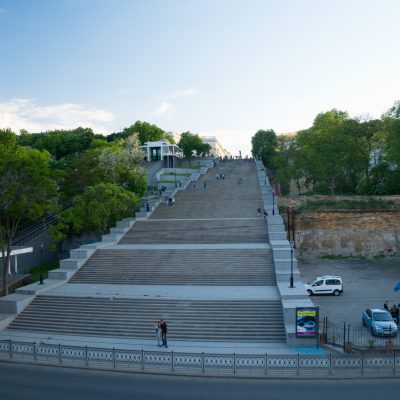 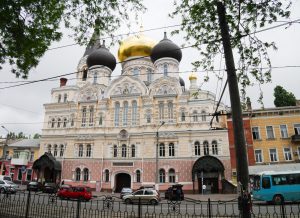 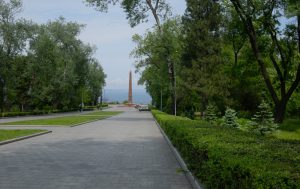 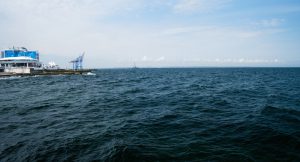 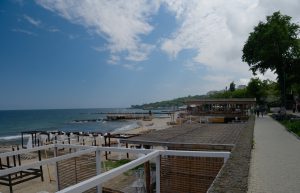 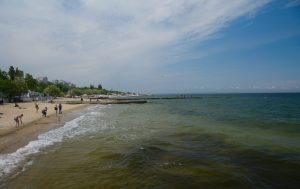 It is only a pity that unlike just a few years ago, now thanks to Putin and Erdoğan it is not so easy to follow the Black Sea coastline on and on. So I slowly turn the handlebars inlands.